The debate about queen excluders is always ongoing. Some swear by them, while others have written them off. Most beekeepers are somewhere in between, and that is why the queen excluder continues to be useful.

Queen excluders only benefit beekeepers. Bees are orderly creatures. They organize the hives in the same way we do our houses. The nursery, the brood, is placed at the center of the hive. That helps to keep the young warm and safe. The bees store pollen and honey around the bee larvae.

This arrangement in a wild nest works superbly for the bees. But, for a beekeeper, it’s a complication.

Whether you’re keeping bees as a hobby or commercially for honey, keeping the queen away from honey-super gives you a cleaner harvest. A queen excluder is just the tool to get it done.

What is a queen excluder?

It’s a sieve that allows worker bees to go through to the super, where they store honey. Since the queen’s abdomen is larger than that of the worker bees, she can’t get through. It is placed between the brood box and the honey super. Harvesting honey becomes much easier because there’s no threat of harming the brood or the queen.

Best for commercial use 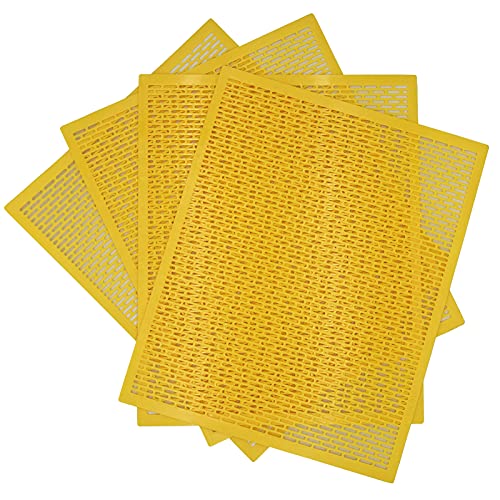 When looking for a commercial solution, you want something affordable, durable, and effective. This plastic queen excluder is just right for the job. The holes are smooth and sized appropriately to keep the queen out of the honey supers without causing injury to any of the workers. As a result, it has earned the praise of many beekeepers.

Best for the hobbyist 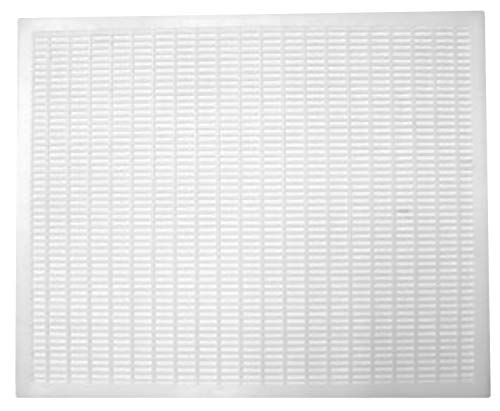 As a reasonably priced product, this queen excluder is a valuable addition to your apiary. You can buy one piece or get a pack of 6 or 12 if you need more. Plastic is not prone to rot or rust.

As determined as bees are to coat all surfaces with propolis, the excluder seems to avoid getting completely glued down. Once again, durability is a huge plus with plastic excluders. That makes it a top choice for anyone who keeps bees for their own sake. 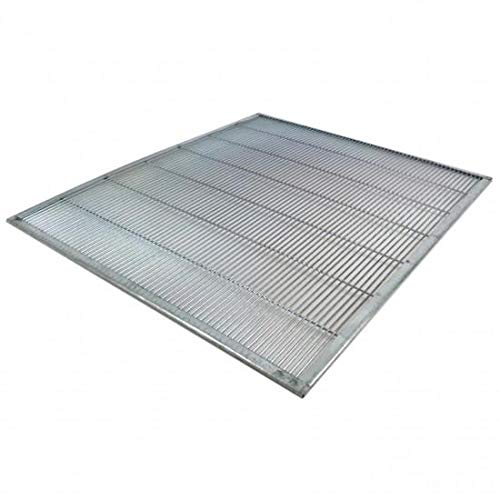 There’s no need to worry about chipping because the material used is very strong. The rigidity also works in favor of the beekeeper when separating the excluder from the hive body. It comes off neatly, which is handy for the beekeeper.

Sometimes, if your excluder is very flexible, It can curve or bend as you try to get it off. Sometimes, bees are flung into your face when the excluder finally separates from the hive body. That’s not good news for anyone. You won’t have that kind of trouble with a metallic excluder. 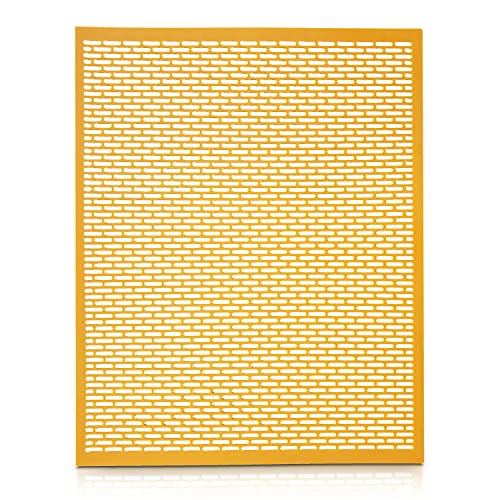 For those who don’t want the metallic option, this queen excluder is a great option. It’s durable, light, and fits very well. It’s a little pricier than the other plastic options, but the quality is undisputed. The edges are smooth, therefore kind to your honey makers. What more could you ask for?

If they were, nature would have provided one. Although they are not mandatory, they make beekeeping a little easier for the beekeeper. The debate on their necessity will never be settled because it’s based on preference. Some colonies do very well without them, filling supers with only honey, leaving the comb unblemished.

Other colonies put more energy into brood production than honey storage. Some beekeepers have noticed that captured swarms fall in this category. For those, a queen excluder is a handy tool. Storing supers that once contained brood can be complicated because it attracts wax moths.

The decision to use an excluder is simply up to you.

It depends on who you ask. Those who don’t use it are convinced that it would be detrimental to honey production. As far as science goes, that isn’t the case.

There’s a study that shows the opposite is true when working with African bees. Bees are very adaptable, and I don’t think we give them enough credit.

A queen excluder is an unnatural implement but so are modern beehives. The bees adapted to those, so there’s no reason why they can’t adapt to a queen excluder and continue to be as productive as they ever were.

Swarming is a natural behavior for bees, and we are still trying to understand it. Several factors contribute to swarming. One significant factor is the spread of pheromones in the hive. The queen excluder doesn’t interfere with that. Even though it could contribute to the sensation of overcrowding,

Its absence doesn’t guarantee that the colony won’t swarm. There are measures you can take to reduce the chance of swarming even with a queen excluder present.

If a colony decides to swarm, the presence or absence of a queen excluder probably won’t make a difference.

If the excluder is constructed well, the bees will be able to pass through without much difficulty. That’s why the excluder you choose matters. With a well-constructed excluder, the worker bee may go through a tight fit, but it shouldn’t injure the bee in any way.

A queen excluder is a helpful tool. Its effectiveness depends on the colony and is difficult to prescribe. The only way to know for sure is to try it.